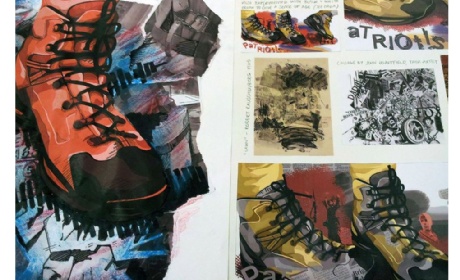 A sample of work for #throwbackthursday from a 2015 A Level portfolio initially inspired by the centennial of the start of the First World War, but which later developed into an exploration of war across the 100 years from 1914. The work was a mixture of hand-drawn and computer-generated work, combined with found imagery to create a digital collage. This particular ex-student went on to study Graphic Design.